These are photos I took with my new cheap, crummy polaroid camera of my boyhood bedroom in Great Neck, Long Island, (11 Gateway Drive), which I inhabited from 1966-72. I was between 11-13 when these photos were snapped in 1970-72. 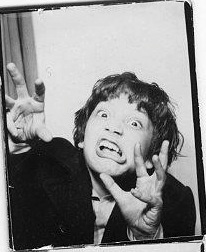 At that time I was mainly obsessed with comic books, old comedy TV shows and movies, MAD magazine, TOPPS trading cards and especially old horror films, which I think is clearly reflected in the photos. Like many other kids, I was also fascinated by photos of Famous Monsters of Filmland editor's Forrest J. Ackerman's "Ackermansion", featuring his obsessive collection of rare horror and science fiction mementos displayed in photo features within the magazine for all to see and envy. Those photos were clearly an influence on my early bedroom decorating skills.

Postscript:
In late 1972, my family packed up and moved to Manhattan, my bedroom was disbanded, and I can only assume, returned to normality. 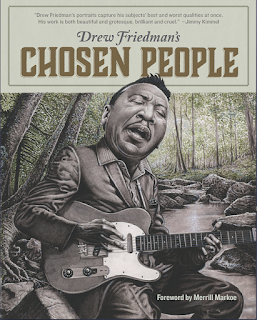 I asked some of the subjects that I chose to include in my latest book of portraits "Drew Friedman's CHOSEN PEOPLE", (Fantagraphics Books), if they would be willing to pose for a photo holding up their portrait from the book.

These are the results: