I'm working on a series of illustrations that will eventually total 100 full page images of underground comix creators, drawn as they were during that most fertle era of the UG comix scene, the late sixties to the late seventies, From Z to A (ZAP to Arcade), with some stops before and after. To me, this is a natural followup to my two Heroes of the Comics books which both focused on the early creators of mainstream comic books (from the mid-thirties to the mid-fifties), now jumping a decade to the dawn of the undergrounds.

The American underground comix scene was an egalitarian, counterculture movement that produced iconoclastic and forbidden no-holds-barred comic books and small press publications focusing mainly on formally taboo comics subjects including sex, violence, religion, race, and drugs, and featured comics and graphics produced by some of the greatest artistic talents and satiric minds of the day, most prominently the prolific "spirtual father of underground comix" R. Crumb.

I first discovered UG comix and the work of R. Crumb at age eight, back when I innocently thought MAD magazine was as subversive as things could get, and my universe was forever altered:


All of the essential players from that golden era of undergrounds will be included: Frank Stack, Gilbert Shelton, Robert Crumb, Rory Hayes, Art Spiegelman, Bill Griffith, Diane Noomin, Robert Armstrong, Denis Kitchen, Justin Green, Kim Deitch, Jay Lynch, Jim Osborne, Trina Robbins, Vaughn Bode, Howard Cruise, all the ZAP artists, Bijou Funnies artists, Rip off Press artists, the Air Pirates, etc, as well as several obscure, forgotten and black creators. This project should be completed by early to mid 2021 and published either later that year, or in 2022, depending on unforseen circumstances in the publishing world.

This new portrait of Last Gasp publisher Ron Turner (Baba Ron), will accompany his foreword to the upcoming book SLOW DEATH ZERO: THE Comix Anthology of Ecological Horror", edited by Jon B. Cooke. The book is scheduled to be published later this year and features a new cover by William Stout. 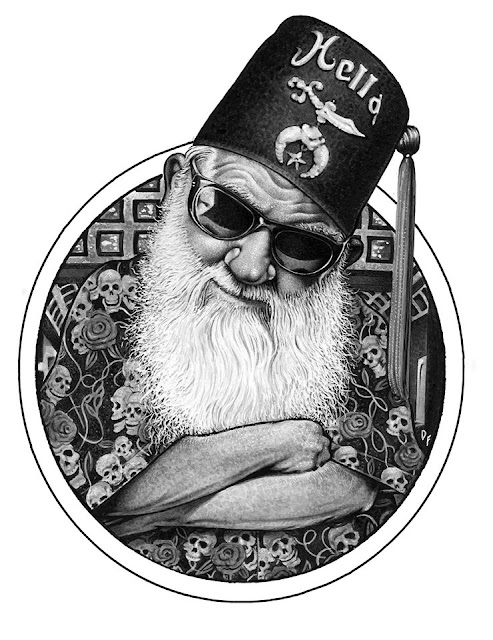 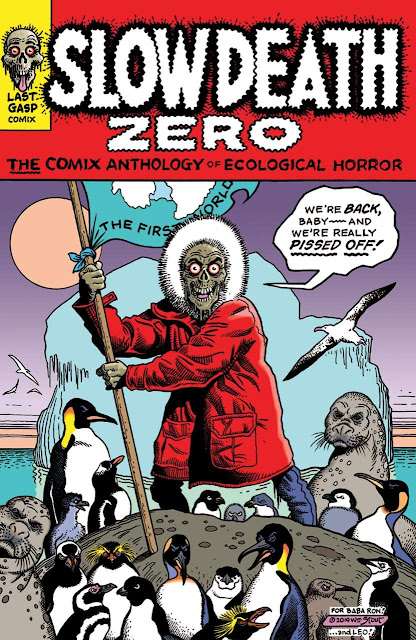 Posted by Drew Friedman at 5:23 PM No comments: