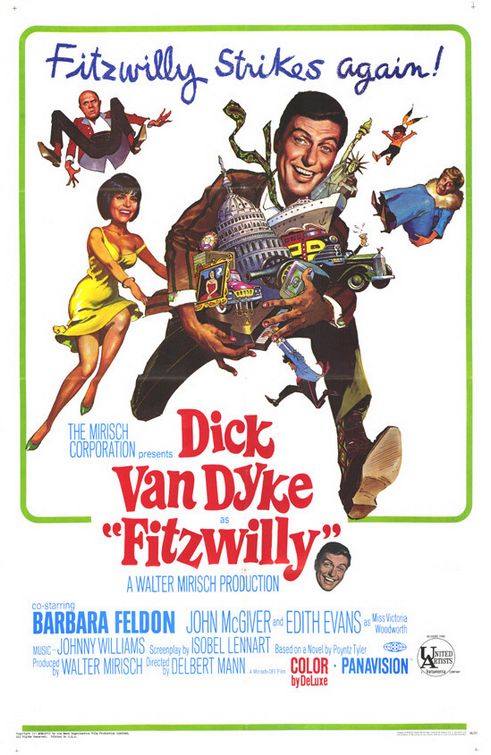 Dick Van Dyke has long been one of my favorite comedians. His classic sitcom, "The Dick Van Dyke Show" (1961-66), created by Carl Reiner, might well be (arguably) the greatest sitcom in TV history. 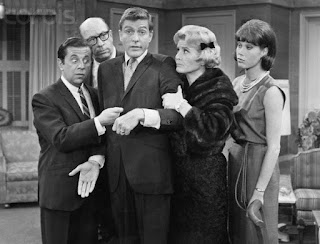 After making a sensation starring in the original Broadway production of "Bye Bye Birdie", followed by an easy transition to television star, it seemed inevitable that Dick Van Dyke would become a movie comedy star, which he did. His film debut came in 1963, when he starred in the film version "Bye Bye Birdie" a box office hit, then co-starred the following year with Julie Andrews in the mega Walt Disney smash "Mary Poppins". 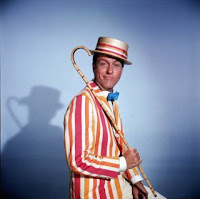 Dick Van Dyke's eventual problem though was that "The Dick Van Dyke Show" had set the bar so high for television comedy, and Rob and Laura Petrie were such familiar and beloved characters in America's homes, that equalling that writing and performing standard in his movies would sadly wind up being a near impossible task, and audiences finally had trouble excepting him as anybody other than Rob Petrie. Van Dyke (or his agents?) also had a knack for picking (mostly) lousy film projects, either coy, silly "sex comedies", which were in abundance in the mid sixties, or watered down Disney family fare, appearing in one critical and box office dud after another, his only other genuine hit being the late sixties family musical "Chitty Chitty Bang Bang". As on TV, Van Dyke was always extremely appealing and likable in his films (His TV wife Mary Tyler Moore would also suffer a similar fate attempting to make the transition to movies), yet his movie career wound up being brief, petering out after only 8 years and 12 films, before he returned to the relatively safer world of television sitcoms, dramas, and live theatre.

I've included all of his starring/co-starring film posters, dating from 1963-71, and one from 1979. As in the case of so many other films, the majority of the posters are far superior to the actual films.