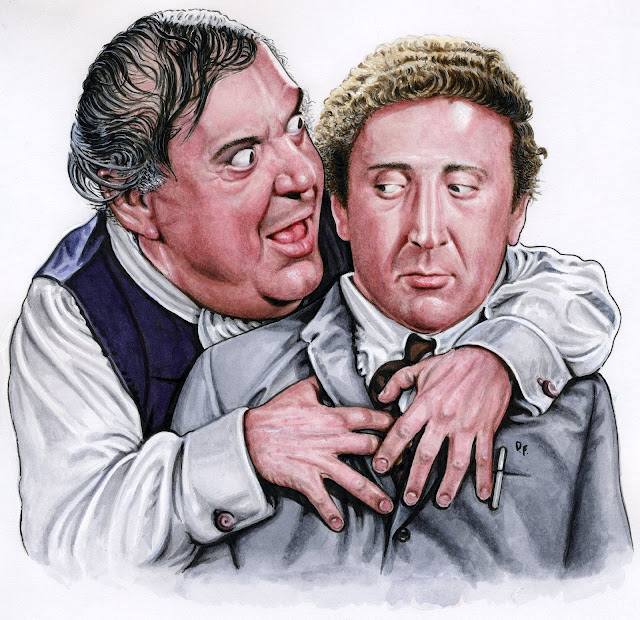 This is my new cover artwork for the upcoming Shout Factory Blu-Ray release of Mel Brooks 1968 comedy classic "The Producers": Zero Mostel as flamboyant Broadway producer Max Bialystock embracing/enticing meek accountant Gene Wilder as Leo Bloom. Mel Brooks had final approval on the art and I was told that when it was finally shown to him he announced: "I LOVE IT!" Oh happy day! The Producers has long been one of my favorite films, so this was really a thrill to work on. 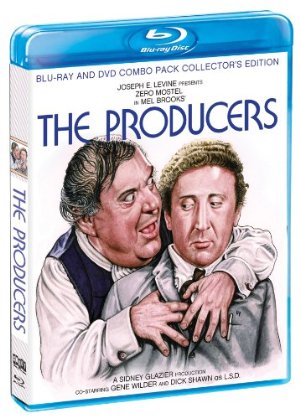 Posted by Drew Friedman at 8:45 AM