Robert Johnson (1911-1938) is a towering figure in the history of 20th century music. He was a master of early Mississippi Delta blues, but his influence extended into rock, jazz, folk, country, slide guitar, even punk. Eric Clapton called Johnson "the most important blues singer that ever lived." And Bob Dylan said that after first hearing Johnson sing, "I immediately differentiated between him and anyone else I had ever heard." Johnson's life was turbulent, shadowy, and short.


This is my newly completed portrait of Robert Johnson, being released as a limited edition print to coincide with his 104th birthday, May 8th. 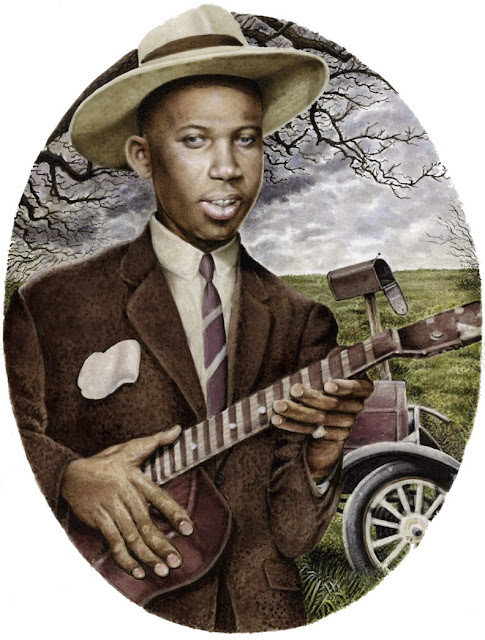 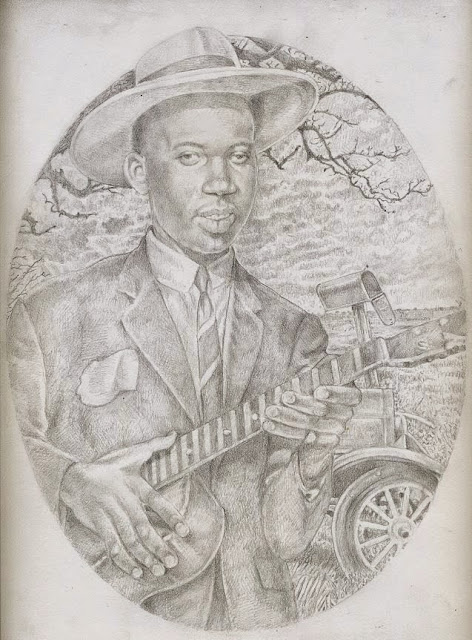