Harold Egbert Camping, a Christian radio broadcaster and president of "Family Radio" has declared that this Sat, May 21st, will be the "Rapture", "Judgement Day", the prelude to the "End of the World, when God will completely destroy the Earth exactly 5 months later, on Oct 21st".

Of course, to anyone who has read & admired the poetry of the late Bowery Boy/Prophet Leo Gorcey, this is old news. Gorcey predicted the end of the world in his poem "Alliteration", written in 1967 for his autobiography "Dead End Yells, Wedding Bells, Cockle Shells, and Dizzy Spells" (Vantage Press, New York). 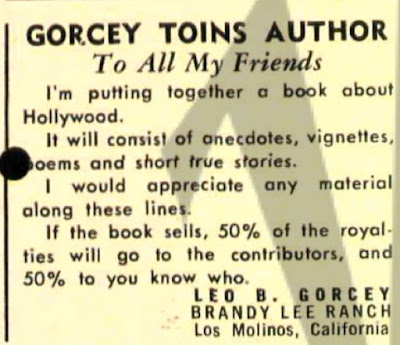 My illustration, depicting Gorcey's prophetic poem originally appeared in the graphics publication RAW in 1986, the lead illustration for an article titled "The Beginning of the End" by Paul Boyer.

The Gorcey illustration and his epic poem are also included in the book "Warts & All".