The late Frank Frazetta was the reigning king of fantasy, science fiction and horror illustration. In the mid sixties, he was  working as a freelance illustrator, creating  covers for fantasy paperbacks, covers for the Warren horror comics publications Creepy and Eerie, and occasionally doing work for MAD magazine. One of his MAD illustrations, a portrait of Ringo Starr for a back cover parody ad caught the attention of an an art director at United Artists who hired him to create the poster art for their new comedy What's New Pussycat. For FF, a new (and lucrative), career was born. He later mentioned in an interview that he was paid $5000 for the job, "A whole years pay, earned in one afternoon".

Since the great Jack Davis had set the standard creating the "madcap" poster art for It's A Mad, Mad, Mad, Mad World in 1963, the illustrated screwball "mob scene" (people/all-star casts running in mad pursuit for some, or no particular reason), illustrated comedy film poster was in vogue, and along with cartoonist/illustrators Davis, Jack Rickard and Sanford Kossin: http://drewfriedman.blogspot.com/2011/06/sandy-kossin-realistically-funny.html

...Frank Frazetta joined them (almost always uncredited), as one of the most prominent practitioners of the art, and along the way rendering the sexiest females. Aside from Jack Davis,  FF's film poster work was also clearly influenced by the illustrator Pete Hawley's advertising and film poster work dating back to the thirties.  A Hawley film poster from 1963:
When I posted my Dick Van Dyke film poster blog featuring Frazetta's poster art for Fitzwilly, I was surprised to hear from more than a few folks who had no idea FF had created film posters, let alone film comedy posters. A terrific article by artist William Stout, "The Movie Poster Art of Frank Frazetta" appeared in the Bill Spicer/Mark Evanier edited Fanfare magazine in 1978.

Reading that article in '78 is when I first realized FF had created so many fun, wild, action-packed film comedy posters (all the FF posters in Fanfare were printed in B&W). Here are all of the film comedy posters he created between 1965-74, in full color, as well as a few extra rare pieces. By the seventies, FF basically was creating art for prints, not needing or wanting to take on new assignments aside from every now and then. FF also created poster images for several seventies fantasy/horror films, and later a Clint Eastwood film (The Gauntlet), most have been reprinted numerous times in books, magazines and online.  Only his film comedy artwork appears below: 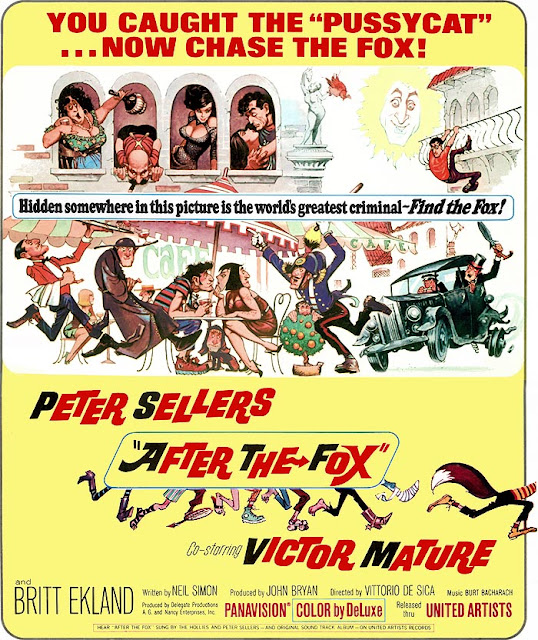 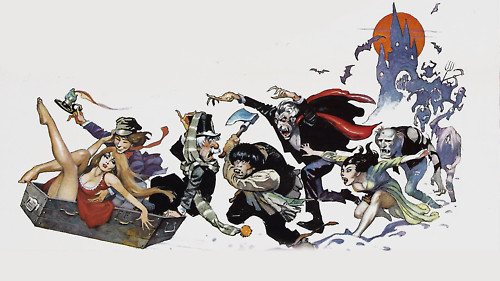 Posted by Drew Friedman at 2:07 PM