In 1972, entertainer Sammy Davis, Jr., a lifelong democrat, shocked the country by supporting President Richard M. Nixon who was running for re-election and giving him a famous hug on stage at a youth rally during the republican convention in Miami. This proved to be pretty controversial and Sammy received hostile reactions from his friends, (aside from Frank Sinatra), democrats, blacks and, southern Nixon supporters. He would later undertake a USO tour of Vietnam at the behest of the Nixon Administration.
As a thank you for helping to get him re-elected, Nixon invited Sammy to the White House on several occasions, and along with his wife Altovise, to a grand reception in 1973 hosted by Bob Hope. The Davis's were invited to sleep in the White House which is believed to be the first time a black couple was invited to do so. Sammy would later write that he regretted his alliance with Nixon and felt that he was ultimately misled.
1972 in Miami: 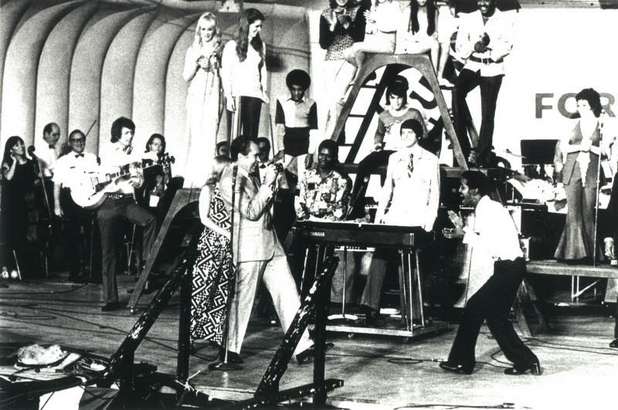 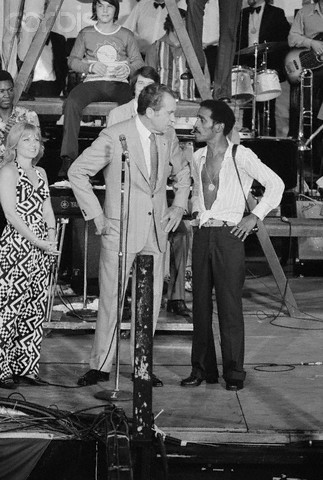 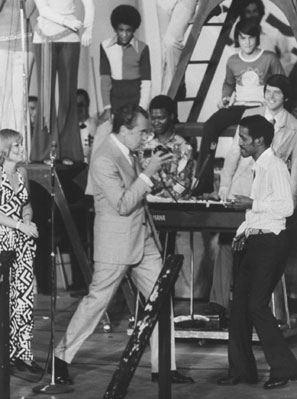 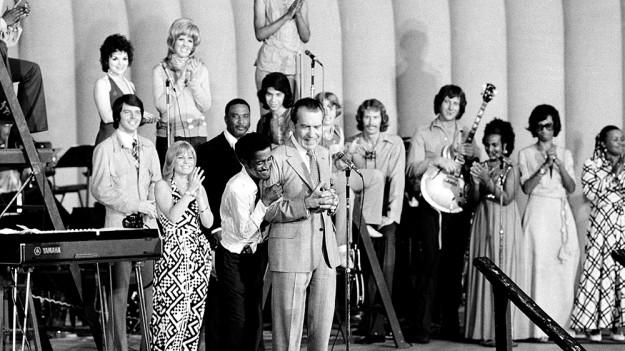 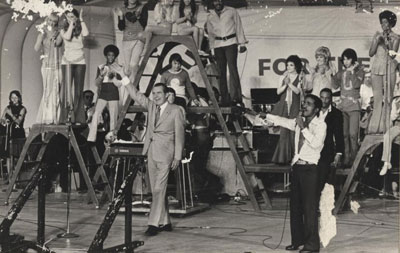 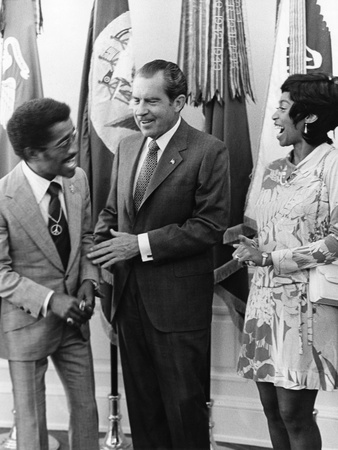 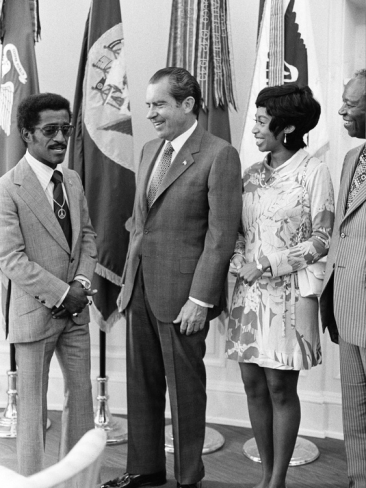 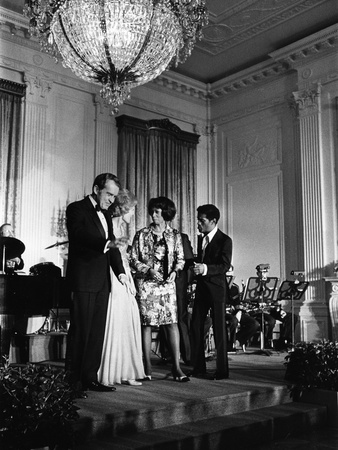 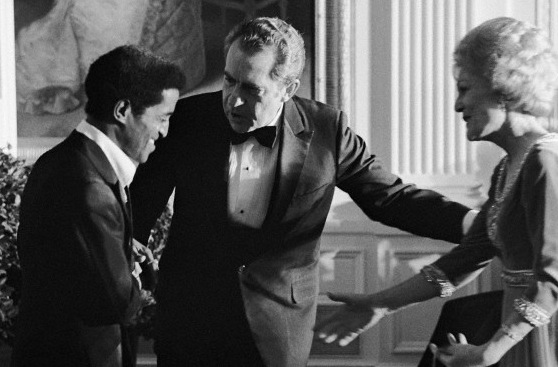 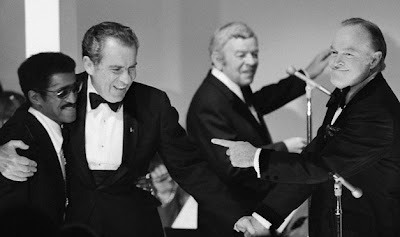 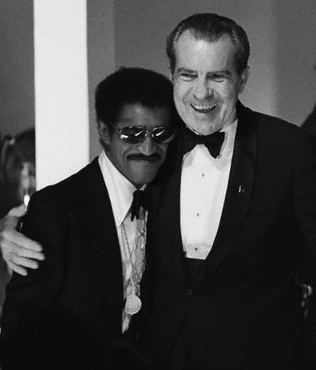 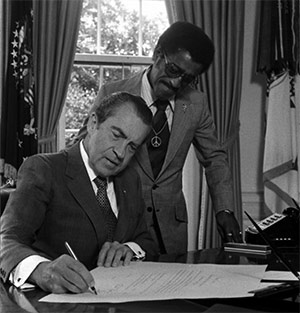 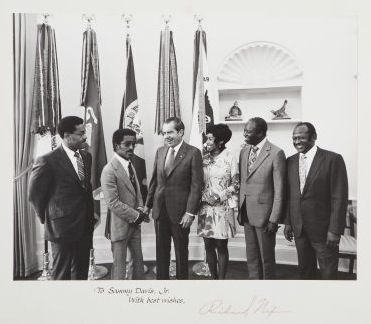 Posted by Drew Friedman at 1:39 PM