In Oct 1955, The Honeymooners starring Jackie Gleason as Brooklyn bus driver Ralph Kramden debuted as a weekly filmed sitcom on CBS television, Saturdays at 8.30. The show lasted just one year, producing 39 episodes ("The Classic 39") before it was canceled by CBS (finally trounced by the Perry Como show on NBC). The Honeymooners is of course now considered a television comedy classic, arguably the funniest show ever.

William Golden, the creator of the iconic CBS "eye" was CBS's creative  director in the fifties and hired a number of top illustrators and designers to create artwork on behalf of the TV network. Included among them were fashion illustrator Rene Bouche who created a portrait of Jack Benny that would become the famous opening logo for The Jack Benny Program, and the famed caricaturist Sam Berman, the creator of the opening caricature sculptures for the 1937 screwball film comedy classic "Nothing Sacred", who would draw a circular wide-eyed Jackie Gleason head inside the Moon, rising above Brooklyn to the strains of Gleason's "You're My Greatest Love" at the beginning of each episode of The Honeymooners...


For years I speculated about who the artist was who drew that iconic caricature, yet, typically, no artist credit was ever given for the image in the show's closing credits, nor in any of CBS's Honeymooners publicity. There has also never been a single reference or mention of who drew that iconic image in any of the Jackie Gleason biographies or Honeymooners books, nor in any caricature or television history book. Apparently, not even worth mentioning or researching.

I've blogged at length on the career of the once celebrated, now mostly forgotten artist Sam Berman and based on his distinctive, lush yet economic style and his work for television advertising/publicity in the fifties, all indications finally pointed to him clearly being the artist. With the confirmation of caricaturist historian Zach Trenholm, (and, to my knowledge), for the first time I'm disclosing it here.

All about Sam Berman, and his incredible 1947 "NBC Parade of Stars" promotional booklet...
http://drewfriedman.blogspot.com/2011/06/sam-berman-1947-nbc-parade-of-stars.html 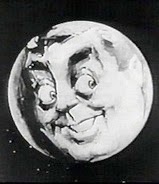