In 1959, the popular theatrical caricaturist Sam Norkin was hired by Brown's Hotel & Country Club in Loch Sheldrake, New York, (the Catskill Mountains, aka the Borscht Belt), to create a large mural depicting the beloved  comedian and movie star Jerry Lewis in his various personas. The mural would hang in the lobby of Brown's "Jerry Lewis Theater Club" until the hotel was eventually sold in 1988 in a foreclosure auction. It was converted into a condominium complex in the mid-1990's, and the mural was painted over. The condominiums burned down in 2012.

http://www.nytimes.com/2012/04/16/nyregion/fire-in-catskills-destroys-site-of-former-browns-hotel.html?_r=0
Jerry Lewis had a long association with the hotel's owners, Charles and Lillian Brown, beginning in his formative years in the early forties when he worked there as a waiter/tummler, perfecting his comedy craft. 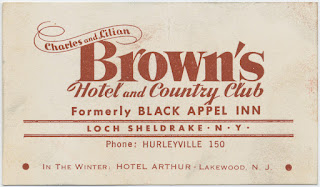 Jerry Lewis remained friends with the Brown family for decades and continued to perform for them yearly at their hotel/resort. His longtime bandleader Lou Brown was also a member of the Hotel's Brown family. Sam Norkin died in 2011.

Thanks to John Wendler 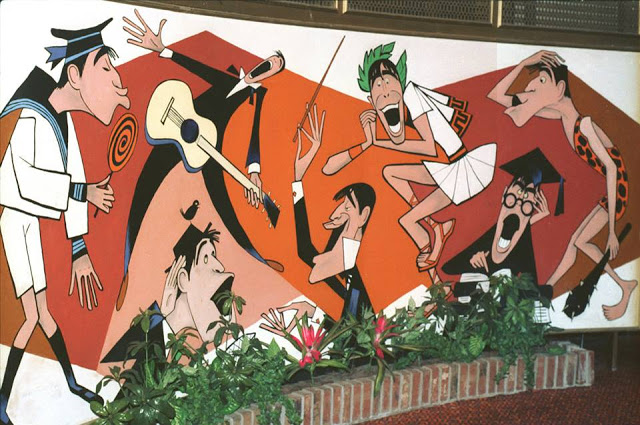 Posted by Drew Friedman at 7:55 PM